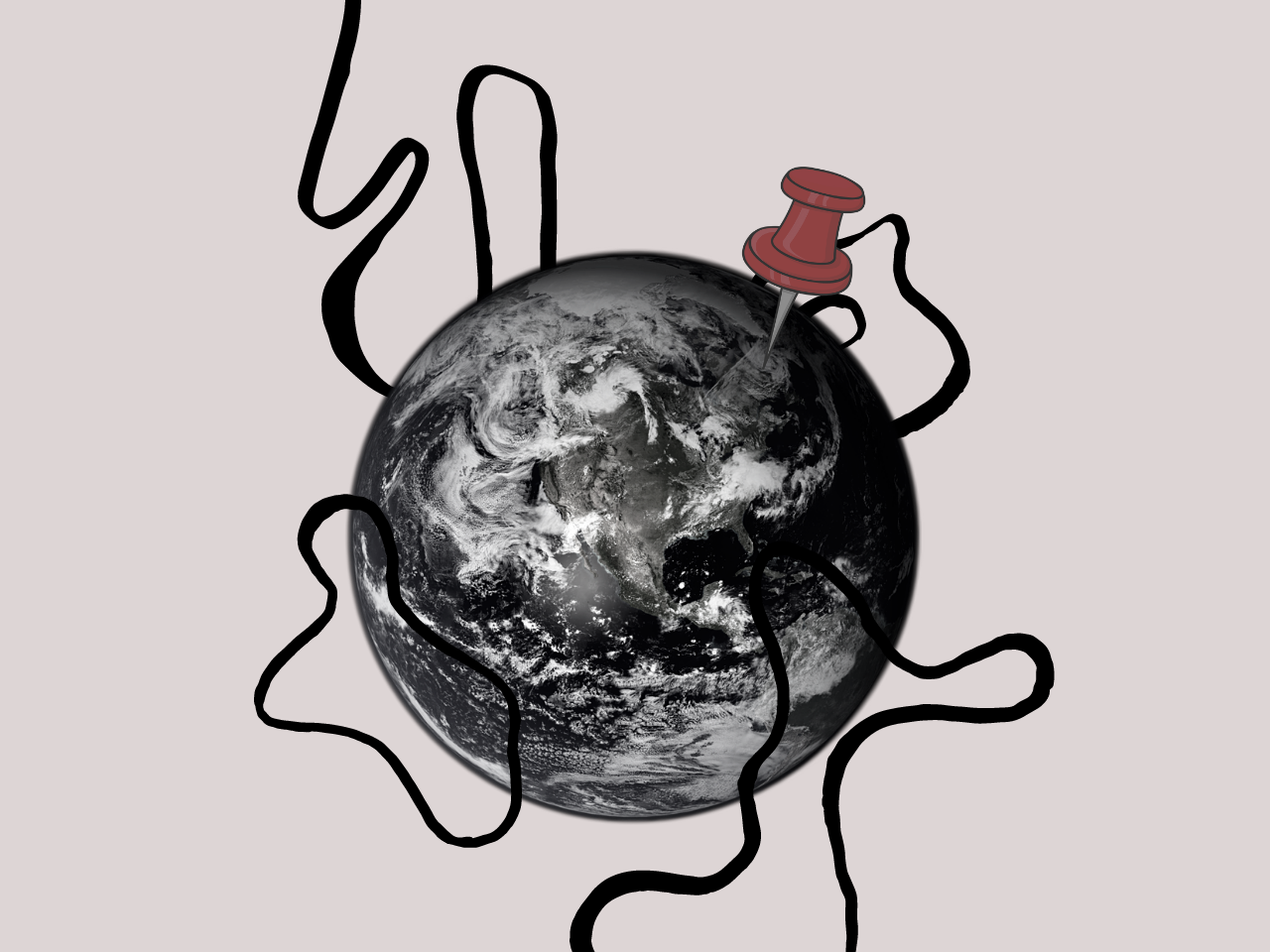 In diasporic literature, almost nothing is more highly prized than the homeland—a twisted field of cultural tendencies, dead things made green again, mangoes and dumplings, and vague references to rivers or mountains. A home away from this new country. A home with all the tools of a different culture, one that is made exotic. Something the readers want to experience, taking a vacation in the few stanzas, seeing all the sights of the immigrant’s old life before inevitably returning back to smile and say, “How inspiring! I love the way you italicized the... Chinese...Japanese characters? Is it?”

In Stephanie Chang’s work “Cha”, in The Adroit Journal, she characterizes all her aching in the form of her homeland, mixed with heavy religious imagery:

A knife’s intuition tells how

to make surgical incisions in the Bible

A map gasping a trail to him, home,

the cross I cut out.

In this case, this masterful dissection of her pain in love is steamed with themes of loyalty, faith, and yet most dearly, the homeland—all the food items made to be consumed, sweet and savory, under the glow of a warm family dinner. Still, through the entire journey leading the reader to him, to this boy that has left such a potent impression upon Chang, she is still writing about her heritage: all the love she has left to offer from her place of intimacy. Homeland is the accompaniment to her sorrow. Homeland is the beating drum of her trek and her affair with this boy. The homeland within this piece is not just the Taiwan she mentions earlier, “our skin jaundiced / by baking in Taiwan’s hot mouth.”, but rather a collection of memories, a part of her whole that must permeate every word she writes. Homeland is not just the land the poet shares a heritage with, but also all the physical manifestations of that world in her life.

How can something so sharp, so tangible, not be genuine? How is this pandering to the Western gaze? The homeland and its qualities shown are fundamental truths to her in every respect, something urgent that must be connected to every word, every moment of grieving. There is a necessity in the appearance of the homeland in her body of work. Every line leaves craters. Every line burns holes.

The reason they hold this much energy is because how each turn to her culture comes not out of the relationship between her and this homeland but rather, from her and everything else. When done with the care and urgency Chang exhibits, the homeland is not a cliché, but rather a glistening firework lighting up the corners of the poem with all the ferocity of lightning. This is no mango poem (though there is nothing wrong with that), but it still serves to deepen the range of the work, of how deep each stanza really digs at its core subject.

Living in a Western society means that the writing that mentions other cultures will always be abnormal, and though some may take that to the extreme to impress the audience the most, Chang reminds us of the homeland in a new light—not as a focal point but rather the space around the subject, something enriching and meaningful in conjunction with the main substance.

Because for every person living outside their homeland, our homelands don’t make up all of our identity. But it still gives part of the purpose in our lives. Being able to navigate this fine line is what makes some diasporic writing so integral and others so reductionist—Grace Song satirizes this in her work, “HERITAGE POEM™” in Honey Literary:

and fifteen-grain congee. If you faint around blood,

thankfully, you are a poet and not a surgeon.

No one should be dead, though someone can get hurt,

not physically, just emotionally. If you use characters

instead of letters, everyone will go crazy.

Heritage, then, becomes currency. Exchanging parts of culture for attention, for literary clout—Song personifies a writer with all the tools of making the familiar unfamiliar, making a house feel more like a museum for non-East-Asians to peruse than a home. This is how diasporic literature often gets the bad rap it does in the world of literature. Forcing the world to fit in the confines of words is the job of a writer, and for those that shrink the entirety of an existence within a culture, within a homeland, into but a few lines about the food of that culture, it feels false—even if it is entirely genuine.

Further, for some reason these works almost always catch the eye of the gatekeepers of the literary world, judges and awards and whatnot, so it can feel false on this level too. One’s heritage becomes the staple of their very existence, of every portrayal of them, and that condemns them to all the perceptions of their culture in a way that shaves off every other layer to themselves.

They become their heritage, specifically a limited window into their heritage. And that’s dangerous for everyone, when people become only the exotic food they eat, or the exotic silks they wear, or the exotic family gatherings or just become exotic. Something distinct for the point of being distinct, like a buffet of new foods to try for the I-don’t-see-race-but-I-love-authentic-Chinese-food public.

In this type of literature, it may not be necessarily the writer’s fault. It is impossible to ignore that for many writers of different ethnicities, it may seem an accessible option to tap into that bank of experiences because it’s what appears to capture the attention of many judge panels. Especially so for young writers, who are already questioning their identity on the molecular level.

The Alliance for Young Artists & Writers, an organization very well-known by teen writers, is known to exalt very specific types of writing concerning one’s heritage, whether the work may tackle the topic in a truly profound way or not. And young writers will, and do, often change their topics in their works to win these prizes.

As Gaia Rajan’s aptly titled “An Editor Says Can You Put More Foreign Words in Your Poems” mocks in Rust + Moth to a white audience:

for correcting my armor. Thank you, for slicing

my speech into only sobs. All this time,

I’ve written my ache for you.

All this time, I have been yours.

After all, writers are still human. They aim for recognition in our work, they do want people to read it and appreciate it. This bridge between diasporic writers’ lives and that of the fictional homeland is often one that requires consideration of outside factors, of the reception of the work. It would be foolish to argue that all writing about homelands that exaggerate the details of that culture is useless, it isn’t. But for diasporic writing to be productive, it should be more realistic: though the homeland may be a stage, it should rarely function as a melodramatic character written for the audience to adore. Writers just want to design their truths and have those truths be read and understood. Having the homeland play such a pivotal role in your identity is hard enough. Literature should seek reality, not comforting, artificial myths written for an audience who will gaze and ponder on the outlandish features of a foreign culture.

Daniel Liu (he/him/他) is a Chinese-American writer and editor with work in Diode Poetry Journal, Kissing Dynamite, National Poetry Quarterly, and elsewhere. His work has been recognized by the National YoungArts Foundation. His twitter is @danielliu_1. The Foster Sister I Never Knew

Aimee Liu / "I was born three years after my parents gave my foster sister back. As far as my mother was concerned, I replaced her."