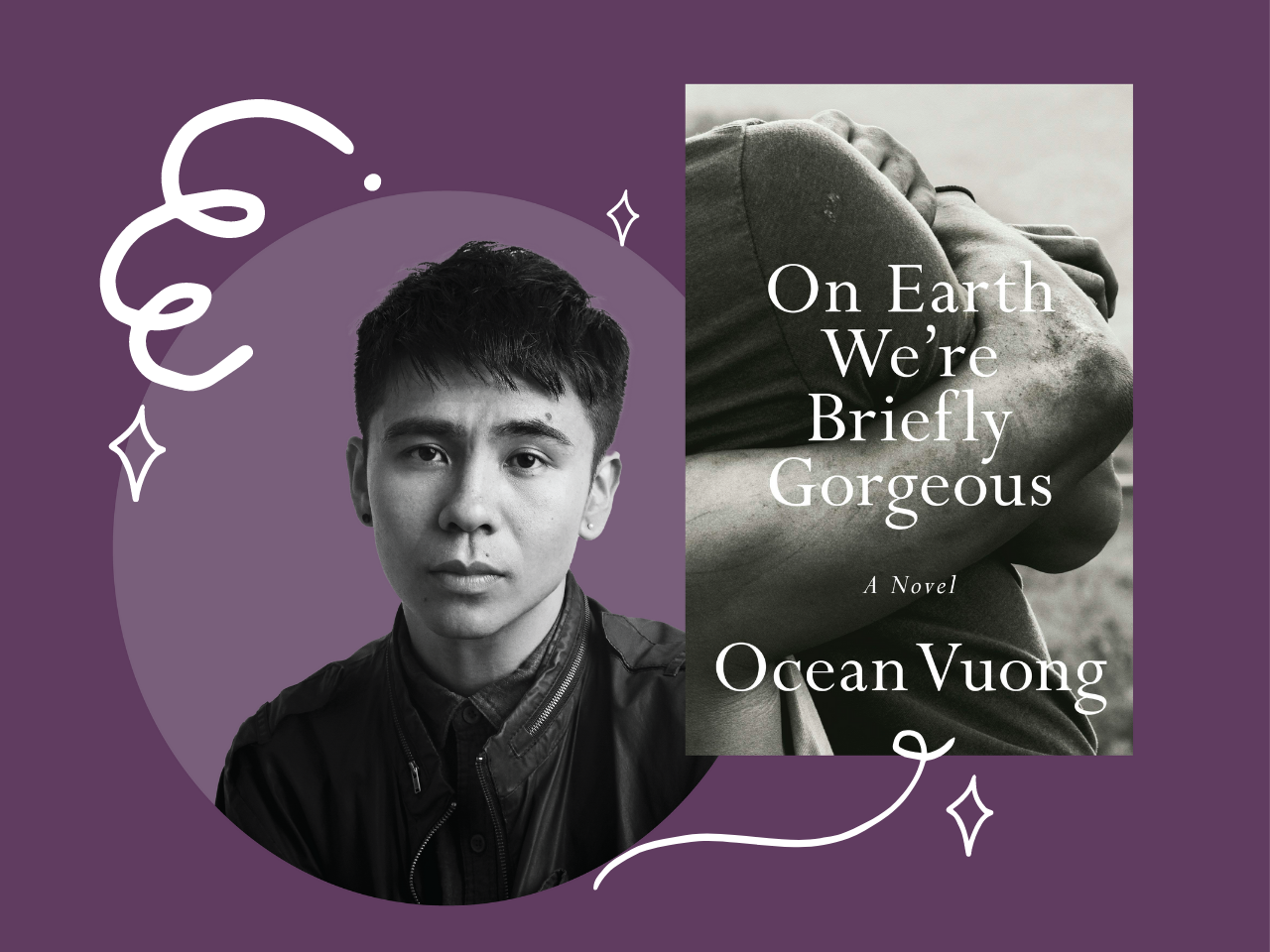 Grounded in the Abstract: Ocean Vuong's Lesson About Ourselves

In almost every English class I’ve been in, I’ve been told that what defines a good writer is precision. But what is it about writing that necessitates “concrete details” and “precise wording” to make it good? For years in school, I never wanted to experiment with my diction because the easiest way to get high marks was just to throw in a couple adjectives and a simile.

As much as that worked at the elementary level, I felt that the academic obsession with complex words limited the depth and fluidity of writing. I’d been taught to use large and complicated words for the sake of words, to show off an advanced vocabulary—not to use them well.

I didn’t realize this was an issue until I started exploring much more complex themes in my writing, such as relationships and identity—themes that can be so vastly different in people’s lives. It was only then (when I very quickly failed) that I became cognizant that the rules of writing I had been taught to follow were narrow and flawed. Behind a facade of fancy adjectives and verbs, my writing was shallow and empty. I hit a wall, not knowing where and how to create depth.

On a December weekend, I chose not to do any of my homework, and instead spent hours browsing the internet for books by queer authors. A book with the title “On Earth You’re Briefly Gorgeous” and a cover held in monotone arms caught my eye. I downloaded it and forgot about it for a couple weeks.

That was until I found myself on a 5 hour road trip. While looking through my collection of books that I had downloaded from websites with questionable cybersecurity, I once again rediscovered the book. I couldn’t put it down, and sped through the book in a matter of days. Each line was this poetic masterpiece, while still having the completeness of prose and plot that tied all the sentences together. His book blended the lines of real and the imaginary, building a story in a world that was both raw and abstract.

While reading, I had noticed that I never had to stop to open a dictionary, or search what a word meant—unlike many classical novels I had read, authors that were praised as icons of literature. Maybe that was due to my limited vocabulary as a ninth grader, but I’d like to think that there was something special to Vuong’s diction, that there was a beauty to be unearthed from its simplicity. It balanced vagueness and precision, allowing profound messages to flourish through its concision.

For so long, mainstream literature had been saturated with books written by primarily the rich white upper class. Even as literature by minority authors have become more mainstream, it is still rare that a piece truly captures the nuance of being part of the East & Southeast Asian diaspora or the queer community, let alone both. The fear of being abstract has often times pushed authors to romaticize harmful experiences of queer or BIPOC communities to pander to a Western audience. We are told that, to be successful, is to follow the rules of the fixed language famed authors had set before us.

But to truly capture identity, which is so complex and different to every person, the abstract is a necessity to allow language to shift and evolve. Reading his book, I stopped every few lines to reflect on their profoundness, how one line can portray the experience of so many people:

“Sometimes you are erased before you are given the choice of stating who you are.”

It’s not specific, but that makes this arguably more powerful. It doesn’t require the reader to fit into a certain identity to understand and be moved by the writing, instead its vagueness gives room for the reader to interpret the writing to connect and understand it in their own context.

I found the book at a time where I was discovering my own identity, as queer person part of the Asian community. What was most moving about his book was showing me the beauty of the queer experience. As much as it comes with struggle, it can also be a source of joy and honesty. After reading his book, I did a lot of self-reflection for months on my own identity and queerness, and I learned not just to accept queerness as a part of myself but also to embrace it and be proud of it. It is only writing that makes us reflect beyond the words that teaches us about ourselves.

The same is true while talking about violence and war.

“All this time I told myself we were born from war—but I was wrong, Ma. We were born from beauty. Let no one mistake us for the fruit of violence—but for that violence, having passed through the fruit, failed to spoil it.”

In just three sentences, Vuong paints a picture of the other side of violence that we do not see—how we can find beauty and joy in the darkest times. But this can only be explored through the abstract, because from such pain it is difficult to find tangible and concrete sources of joy. Instead, Vuong reflects on his life through a broad lens with gratitude. Because as much as violence of all forms causes affliction, we can still find something to hold onto.

After reading Vuong’s novel, the way I thought of writing completely shifted. I learned to embrace vague language and sentences that could be interpreted in a million different ways, because that was what made his writing meaningful. Sometimes depth necessitates simplicity. It didn’t need to hide behind a slew of words that were unnecessary, it was raw and honest to itself.

A rising sophomore, Angelina is a 15 year old from Vancouver, Canada. Other than procrastinating on writing their hundreds of unfinished poems hidden away in google docs, you can find them at debate club, binging hours of youtube, or trying to maximize the time they can avoid going outdoors. They love all forms of surrealist and narrative poetry and prose. You can find them @ang_yeungg on twitter.